You have a clean smooth blank paper and are ready to print your document. You place it in the printer paper try and hit the print button. Seconds later, you have a clean, comprehensible, perfectly printed document. Indeed, the invention and innovation of printers have made it much easier, quicker and more convenient for us to have a printed copy of whatever document we need. 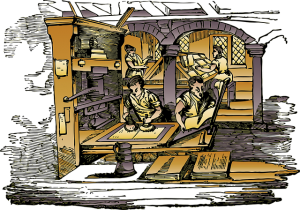 The Invention of the Printing Press and Spread of Protestant Reformation

In 1448, Johann Gutenberg invented the printing press and had quite a considerable influence on the spread and dissemination of ideas and philosophies in and out of Europe. Printing technology have swiftly gone round Europe and played a major role in the realization of the Protestant Reformation as that time was a period of significant religious change. Martin Luther, the reformation leader, was only able to preach to a few of people. However, with the invention of the printing press, the printed word spread his preaching to a much greater number of people. This was pointed out by Mark U. Edwards from the Harvard Divinity School.